Finding out that these perfumes contain women’s pheromones and are very efficient in attracting men, she rushed and ordered the Chanel pheromone perfume. At first, she was skeptical but then she started getting many compliments about how nice she smelled and how great she looked. Colleagues at work, patients, and strangers on the street stopped to chat with her all day!

[blockquote text=”So what are pheromone perfumes? Are they really powerful seduction weapon or just a scam? ” show_quote_icon=”yes”]

When it comes to seduction, we all know how important perfume is. Women have used perfumes as a secret weapon to attract men for centuries.

But even though every person is attracted to different types of odor, there is one type of perfumes that have the same effect on all individuals – the ones that contain pheromones.

What are pheromones? Pheromones are chemical substances common to all mammals. Humans and animals give off odorless pheromones to attract the opposite sex.

Pheromones, unlike most hormones, act outside of the body and affect the behaviors of others. Recently, these pheromones have been synthesized and used in various fragrances. But, what are pheromones exactly? Can a fragrance make you more attractive? Is there a real “chemistry” between people? If you have these questions, you're at the right place.

The History of Pheromones

The first pheromone, Bombykol, was discovered in 1953. Scientist concluded that this pheromone was secreted by female silk moths to attract male moths over large distances.

Because pheromones act outside the body of the individual who is secreting them,affecting the behavior of another individual, they are also known as “behavior changing agents”.

Pheromones are found in every animal species and, besides being used for sexual communication, they are often used for bonding, coordination, and territorial marking.

There is a pheromone group called “slower acting” pheromones that impact the physiology of the recipient. One interesting example taken from the animal world is the one observed in mice. When in danger, mice send alarm pheromones that make other mice “freeze” their actions.

Attractant pheromones, the ones we are particularly interested in, are used for rising attention. To illustrate their influence, here is another example observed in animals, this time in boars. Namely, when the boars are sexually attracted, they salivate in excess, thus sending pheromones in the air.

In the past few years, the number of women who are looking for information on pheromones and perfumes online has increased. This means that women are getting more and more aware of the magical odor of pheromones and their ability to attract men.

The fact that the most famous designer brands like Chanel have released pheromone fragrances seems to confirm this as well. But is it really true?

Whether or not humans possess pheromones is a widely debated topic. Scientists have been able to connect the human odor to the responses of the other humans. Pheromones in humans may be found in bodily secretions, but most attention has been given to sweat.

Even the Egyptians knew that sweat contained aphrodisiac substances. They used to select strong, healthy men and collected their sweat in order to create the first pheromone perfumes. The sweat was stored in jars and then mixed various fragrances.

Centuries later, a research conducted by the University of Chicago in the 1970’s confirmed what Egyptians already knew – women do secret pheromones. To be more precise, this study proved that women’s pheromones help synchronize menstrual cycles in individuals that live or work closely together!

The sweat is normally odorless, but it can acquire odor when in contact with a bacterial microflora. This odor can be distributed by hand movements or clothes. From the nose, pheromones are channeled to a part of the brain involved in emotions and sex drive.

The pioneer in pheromone research, Winnifred Cutler, the founder of Athena Institute for Women's Wellness, through her study from 1986, found that women who had sex at least once a week had higher levels of estrogen than women who had sex irregularly.

After series of experiments to identify the chemical responsible for this, Cutler collected and froze armpit secretions from fertile men and women and after a year she unfroze them. Then, she placed them under the nose of several different subjects. This examination showed that secretions from fertile men and women enhanced sexual desire in the subjects!

In 2007, researchers from UC Berkeley showed that women who have smelled pure androstadienone, a component found in male sweat, had a higher level of the hormone cortisol. Since this hormone controls the mood, exposure to androstadienone has effects such as sharpening the mental focus and better mood.

However, this depends on the menstrual cycle of women – those in ovulation were most affected by it. Regular exposure to this secretion also showed that it can influence and regulate women’s cycle as well as reduce tension and increase relaxation.

This auxiliary sweat has signaling effects, too. An adult was able to find their own worn T-shirt among hundreds of identical ones worn by others. Also, family members can identify a T-shirt that belongs to their children, partners or siblings.

This signaler effect may be very important when selecting a potential partner. In the study of Claud Wedekind, 45 men wore the same T-shirt every day without using deodorant which would interfere with their natural smell. When women smelled them, pointed which T-shirt smelled best. After comparing the DNA, he came to a conclusion that women choose the T-shirt whose major histocompatibility complex (genes involved in the immune system) were most different from their own.

Is the Pheromone Fragrance a Secret Dating Weapon?

As humans, we always unconsciously respond to the way other people smell. Since it was established that human indeed send signals with their odor and people do react to it, pheromone perfumes are being sold as magical potions that increase sexual attractiveness. More and more pheromone-infused fragrances appear promising increased sexual appetite and boost of confidence. Most used pheromones in perfumes are androstenone, androstenol, and androstenedione.

Pheromone perfumes are said to be most effective when you meet someone for the first time, but they can have the desirable effect later, too. “As the days went by he became even more attracted to me. I have no problems getting attention from my man but the attention is over the top”, says the review of women in a long-term relationship who tried pheromone fragrance for the first time. “…And in the bedroom….it's like the lazy house cat turned into the king of the jungle!”, she continues.

Several studies have been conducted over the years to show that pheromone fragrances are indeed effective. One of these studies was published in “Psychology and Behavior” in 2001 and focused on 36 women. It found that ladies wearing pheromone fragrance got more formal dates than those who didn’t. Also, it showed that 3 or more sociosexual behaviors including kissing and sexual intercourse, increased for 74 percent of the pheromone users.

A joint study of Dr. Cutler and Dr. Genovese involving women in their menopausal years showed that using pheromone perfumes was the reason for the increase in sexual attractiveness. “…yes it does attract attention and I'm 65”, says a woman that has been using pheromone fragrances. Another experiment called “20/20”, that included two identical twins, showed that the sister that wore pheromone fragrance got twice more dates than the sister who didn’t wear this formula.

What Are the Real-life Experiences with Pheromone Perfumes?

People in marriages or long-term relationship have reported an increase in their intimacy and interest. A woman that was in an on-and-off relationship with a man, decided to use it before a date night with him. She “noticed that he complimented me on my outfit, he opened the car door, sat close to me and held my hand, he couldn’t take his eyes off me”.

Another woman, who has broken up with her boyfriend  but remained friends, says she sprayed a little pheromone perfume 15 minutes before meeting him to work on a project. Next, he couldn’t get his hands off of her “I can't help myself, I want to kiss you”, said he.

Women in menopause also have shown increased intimate behaviors. In the United Kingdom, there is an opinion that the woman that looks more fertile is more attractive to the opposite sex. Pheromones offer increased sexual attractiveness for menopausal women especially in a time when so many of them aren't using hormonal therapy.”I almost didn't buy it, but I'm glad I did. I don't notice a difference every time I wear it, but I do notice it the majority of the time. Waiters and waitresses are more attentive and tend to talk to me over the others in my party. Guys, I am standing near in line can't stop turning around and look at me. Guys sitting at tables near my own at restaurants tend to look at me more too”, says Kimberly K. in her review on Amazon.

Pheromone perfumes are easy to use. You can apply it on your clothes or directly on your skin. Keep in mind that when applied on skin evaporates fast, but anyway will give you the desired effect. Using it on clothes will have long lasting effect. Application on sheets or pillow is also a solution if you want to warm up the game in your bedroom.

Evidence has shown that it may take up to 15 minutes for a pheromone fragrance to work, but it can also have an immediate effect.”…I tried it right away I loved the fragrance it does fade pretty fast or I just got used to the smell I spray my perfume with it I dab it on even though it has a spray as far as attracting men…”, says Kerri in her review.

“I was a bit skeptical at first but this stuff is amazing! I have a very bubbly personality but am a bit shy around men. I have lost count of how many men I've had random conversations with while wearing this product”, says Cyn in her review.

What are the Best Pheromone Perfume Brands in the United Kingdom?

If you are one of the many women who are looking for information of pheromone fragrances online, you’ll be happy to know that they are widely available and at very affordable prices too!

These pheromone fragrances can be easily found and purchased online. The sale has been increased since women found out that that's the secret dating weapon. Women are starting to acknowledge how amazing this product is. Some of the best women fragrances smell very pleasant and more importantly, attract men.

When purchasing the perfume consider its qualities – opt for those created by the most popular designer brands like Chanel.  The best pheromone perfumes are potent, long lasting and affordable.

Using pheromones can give you an edge in social situations. You'll be an attractive woman, more approachable and someone that is easy to start a conversation with. We all like being noticed and attractive right? Get up with a smile, put your pheromone perfume and conquer the world! 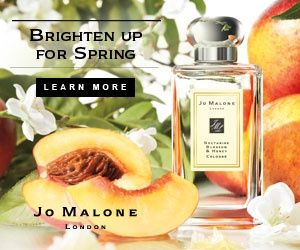